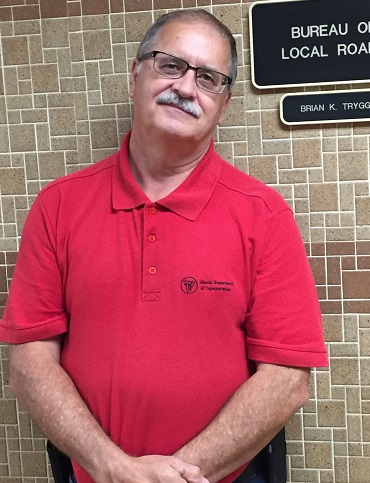 CHICAGO, IL – An Illinois civil servant has filed a motion to intervene in a union official’s
lawsuit seeking to circumvent the Janus ruling.

Brian Trygg is no stranger to union officials’ legal tactics. Trygg, an engineer at the Illinois Department of Transportation, spent seven long years in court fighting for his right to honor his religious conviction to remain unassociated with a union.

Trygg was an original plaintiff with Mark Janus in Janus v. AFSCME, but was removed from the case because he had secured religious accommodation as relief from forced union fees. Now, Trygg again seeks to hold union officials accountable in court for their misdeeds against non-members.

In anticipation of Janus, International Union of Operating Engineers (IUOE) lawyers filed a lawsuit seeking to expand union officials’ ability to use their government-granted monopoly bargaining powers to discriminate against workers who exercise their right to refrain from union membership and not pay union dues or fees.

Trygg came to Foundation staff attorneys for free legal assistance in filing his motion to intervene to protect his rights and the rights of all public employees under the Janus ruling.

The IUOE official’s lawsuit attempts to take advantage of IUOE’s legislative privilege to force its “representation” on all employees, even union non-members, in their bargaining unit while claiming it should also be free of longstanding legal doctrine prohibiting union officials from using their monopoly representation to discriminate against non-members and not represent non-members in union-controlled grievances.

Trygg seeks to intervene to urge dismissal of the IUOE case, or alternatively, to file an amicus curiae brief to support the state defendants’ motion to dismiss.

Acting on his beliefs, Trygg has exercised his right to refrain from union membership. If IUOE’s suit is successful, Trygg would continue to be unable to negotiate with his employer due to the union’s monopoly bargaining status, yet union officials would have the power to discriminate against him and ignore the legal doctrine known as “duty of fair representation.”

Trygg argues that Defendant Attorney General Lisa Madigan has failed to protect his interests, with legal representation “inadequate and bordering on malpractice.” Madigan also has opposed and criticized the Janus ruling and has taken action to limit its application to Illinois public employees.

IUOE officials appear to be calling for the overturn of the U.S. Supreme Court’s Steele precedent, a 1944 case that challenged union officials’ attempt to use their monopoly bargaining privileges to discriminate against black workers. The decision suggested that monopoly bargaining would be unconstitutional absent a legal limitation on union officials using their power to discriminate against the workers they choose to “represent.”

Trygg’s filings argue that, even if the union’s claims were valid, the solution would be eliminating union monopoly bargaining powers over non-members, not giving union officials wider berth to discriminate against those who exercise their First Amendment rights protected by the Janus decision.

“The root of Big Labor’s coercion has always been its government-granted power to impose its so-called ‘representation’ on workers who don’t want it and never asked for it,” said National Right to Work Foundation President Mark Mix. “Ultimately, if union bosses find their obligation not to discriminate against non-members under their ‘representation’ so burdensome, they can simply relinquish their government-granted monopoly bargaining powers over nonmembers like Brian Trygg.”