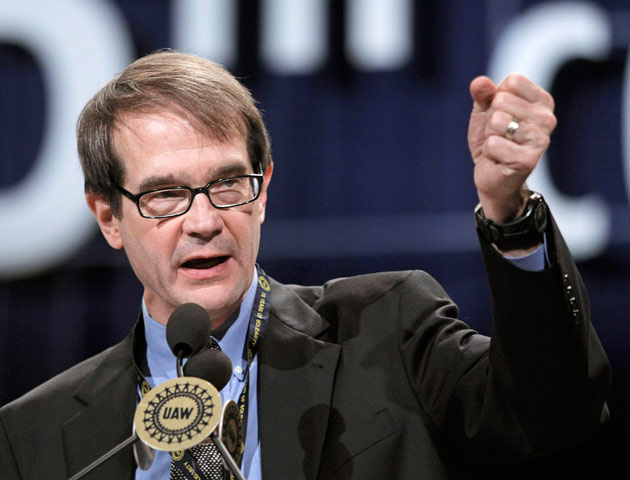 Since Michigan’s Right to Work Law took effect in 2013, Foundation staff attorneys have actively challenged union officials’ schemes to stonewall independent-minded workers attempting to exercise their lawful rights. To date, over 40 cases have been brought by Foundation attorneys to enforce Michigan employees’ Right to Work protections.

“As our enforcement activities in Michigan demonstrate, without vigorous enforcement, state Right to Work laws will be hollowed out by scofflaw union bosses,” said Ray LaJeunesse, Vice President and Legal Director of the Foundation.

Battle Creek Public Schools employee Alphia Snyder resigned her union membership in April 2013, after the pre-existing monopoly bargaining agreement expired and she became fully covered by Michigan’s public sector Right to Work law. However, MEA union officials insisted that she could only leave the union during an annual 30 day “window period” in August. Throughout the fall of 2013, Snyder received several demands for forced dues from MEA bosses.

Mark Norgan, a Standish-Sterling Community Schools employee, resigned his union membership in October 2013. Because he was still under a monopoly bargaining contract until June 30, 2015, he asked to pay only the part of dues he was forced to pay as a condition of employment as was his right under the Foundation-won Supreme Court case Chicago Teachers Union v. Hudson. MEA union officials told him that he could only leave the union during the annual 30 day window period.

In November 2013, Grand Blanc Community Schools employee Mary Carr resigned her union membership as soon as she became fully covered by Michigan’s Right to Work Law. However, MEA officials informed Carr that her resignation could not be effective until the following August. Union officials then sent multiple demands for forced dues, and eventually threatened Carr that if she did not pay the forced dues, they would dispatch debt collectors.

With free legal aid from Foundation staff attorneys, the three public school employees filed unfair labor practice charges with the Michigan Employment Relations Commission (MERC) against the MEA in the spring of 2014. In September 2014, an administrative law judge struck down the “window period” scheme, and the full commission agreed in February 2016. The commission also held that a union’s threats to use a debt collector to collect dues after resignation would be illegal in the future.

MEA appealed MERC’s ruling to the Michigan Court of Appeals, which in May 2017 affirmed the right of Michigan teachers and public employees to leave a union and stop paying union dues at any time. Finally, this March, the Michigan Supreme Court rejected MEA’s appeal of that ruling.

“Right to Work laws simply protect an employee’s right to decide for him or herself whether to join and financially support a union, and now Michigan’s courts have made it clear that freedom of choice cannot be limited to one month a year,” said LaJeunesse. “Hopefully Michigan unions now will focus on gaining the voluntary support of workers instead of attempting to trap them in unions with schemes like arbritrary window periods.”