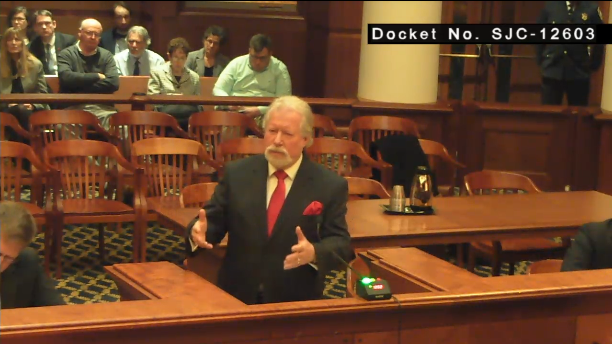 Instead of waiving their First Amendment right to refrain from supporting the union, the educators sought free legal aid from the National Right to Work Foundation to challenge union bosses’ coercion in court.

Forced Unionism: ‘Not What America Is About’

The four plaintiffs have exercised their right to refrain from union membership. Plaintiff Dr. Ben Branch is a finance professor. His colleague and fellow plaintiff, Dr. Curtiss Conner, is a chemistry professor, both at the University of Massachusetts Amherst.

Plaintiff Dr. Andre Melcuk is Director of Departmental Information Technology at the Silvio O. Conte National Center for Polymer Research at the University. Melcuk was born in the Soviet Union and opposes the union based on his dislike of collectivist organizations.

Melcuk compared his experience with the union with growing up in the Soviet Union, and noted that the expectation to “pick up the sign and march in step” with the union’s representation and political ideology was eerily similar.

“That’s creepy,” he said. “That is not what America is about.”

Plaintiff Deborah Curran is a long-term teacher in the Hanover Public Schools. The union officials who claim to “represent” her attempted to invalidate her promotion to a position mentoring new teachers and pushed to have her investigated and suspended. She ultimately spent nearly $35,000 of her own money battling union officials just to protect her job.

The educators argue that Massachusetts state law violates their First Amendment rights by granting union officials monopoly bargaining privileges, which are then used to gag non-members from having a voice and a vote in their working conditions.

In the June 2018 Janus victory, the U.S. Supreme Court declared that forcing any public sector employee to pay union dues or fees violates the First Amendment. The educators’ case points out that denying workers a voice in their workplace, unless they are union members, is another form of compulsion to support a union, and should be ruled a violation of the First Amendment.

“I would like everybody’s First Amendment rights to be protected against what I view as this intrusion on their right to free speech,” said Branch. “They’re trying to speak for me and they’re not speaking for me.”

“These are dedicated educators who are being forced to choose between losing their voice in the workplace or paying tribute to union bosses who clearly do not have their best interests in mind,” said Mark Mix, president of the National Right to Work Foundation. “Although the Foundation-won Janus decision upheld public sector workers’ First Amendment right to choose whether or not to pay union fees, union officials still seek to twist workers’ arms into funding Big Labor’s coffers. A clear ruling is needed to uphold these educators’ right to refrain from union membership without fear of retaliation or coercion.”