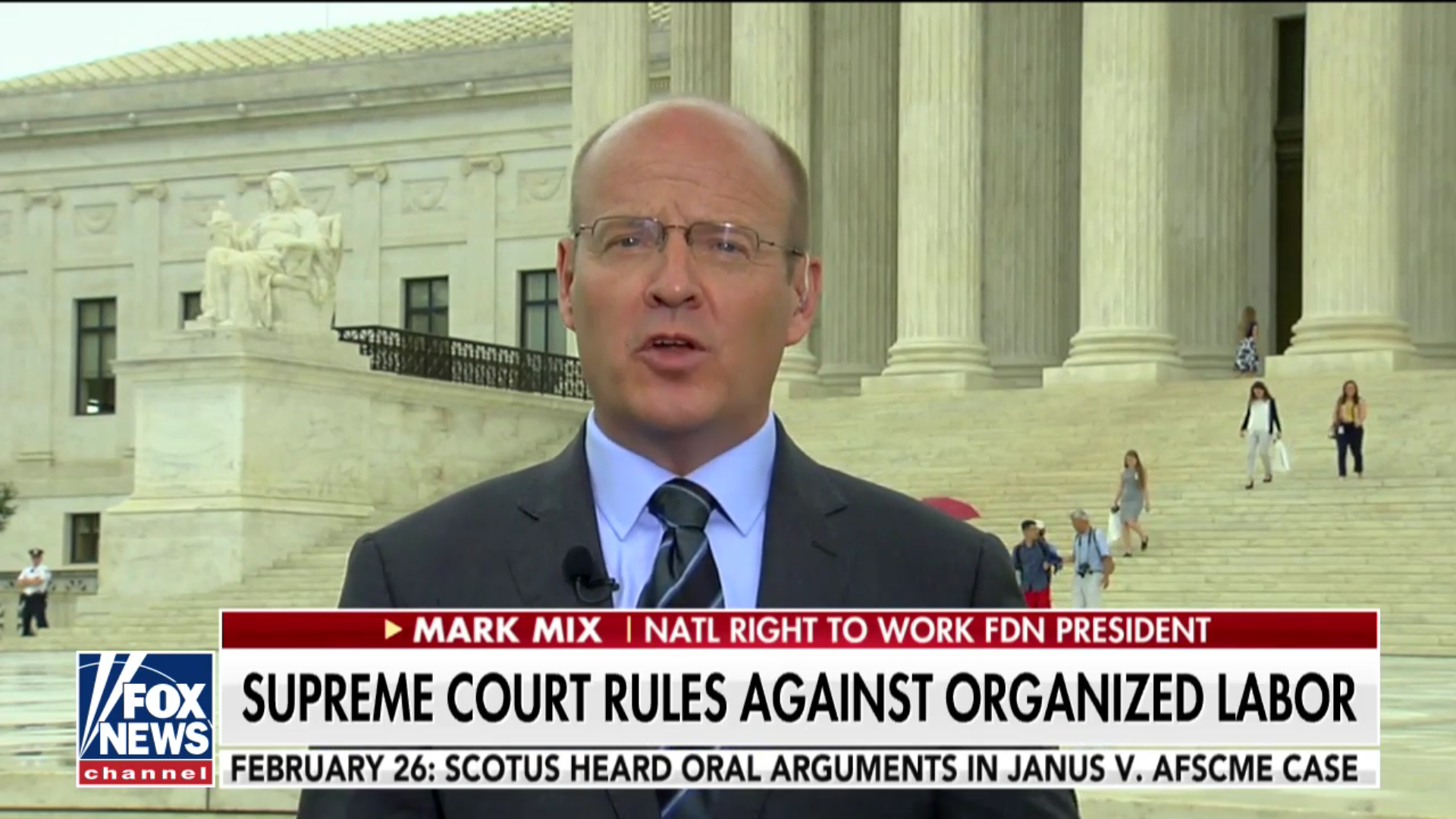 WASHINGTON, DC – For years, union officials have been denying employee’s rights by using “opt-out” schemes, in which employees must take steps simply to refrain from paying for union activity they cannot legally be required to fund.

However, in the Foundation-won Janus v. AFSCME decision that freed public sector workers from compulsory dues, the U.S. Supreme Court affirmed that charging union fees is a violation of the First Amendment “unless employees clearly and affirmatively consent before any money is taken from them.”

That affirmation of workers’ rights has opened the door for thousands of employees to hold union officials’ accountable for coercive “opt-out” schemes, in which officials had required employees to take steps simply to protect their First Amendment rights.

The Foundation is providing free legal representation to government employees across the country in numerous cases seeking the return of fees seized without consent by union officials.

A group of Illinois home care providers is seeking the return of $32 million in union fees seized in a coercive scheme by SEIU officials. With free legal aid from Foundation staff attorneys, the providers took their case, Riffey v. Rauner, all the way to the U.S. Supreme Court.

Riffey v. Rauner is a continuation of the 2014 Foundation-won Supreme Court Harris v. Quinn case. In Harris, the Court ruled that a forced-dues scheme imposed by the state of Illinois, in which over 80,000 individual home care providers in Illinois were unionized and required to pay union fees, violated the First Amendment.

After the Supreme Court decision, the case was re-designated as Riffey v. Rauner and remanded to the District Court to settle remaining issues, including whether or not tens of thousands of providers who had never joined the union would receive refunds of the money SEIU officials seized without consent.

However, in June 2016, the District Court ruled that the SEIU did not have to repay the funds, despite the Supreme Court ruling declaring the scheme unconstitutional. Foundation staff attorneys appealed the case to the U.S. Seventh Circuit Court of Appeals, which affirmed the District Court’s ruling that, even though the workers never consented to their money being taken, they did not suffer First Amendment injury.

Earlier this year, Foundation staff attorneys asked the Supreme Court to grant certiorari and hear the case to clarify that taking fees from nonmembers without consent violates the First Amendment.

The day after Janus, the Court granted certiorari in Riffey, vacated the lower court’s ruling, and remanded the case to be reconsidered in light of the new protections against “opt-out” schemes.

“With the Supreme Court remanding Riffey, we are one step closer toward indicating the rights of the tens of thousands of victims, many of whom are family members
caring for disabled children in their own homes,” said Foundation President Mark Mix.

“Now, with the new protections for workers afforded by our landmark Janus v. AFSCME victory, it is critical to confirm that unions cannot require individuals to ‘opt out’ of union dues that they cannot be required to pay in the first place,” continued Mix. “Union officials are still using such ‘opt-out’ schemes nationwide to limit workers’ constitutional protections despite Janus’ clear ruling that those schemes are impermissible. Ultimately, the clear ruling by the Supreme Court on this issue must be enforced in the lower courts to ensure that individuals who never joined a union cannot be required to take affirmative steps simply to protect their First Amendment rights.”

Foundation attorneys are also seeking to halt an “opt-out” scheme in which SEIU officials seized millions of dollars in forced dues from thousands of California state employees.

The workers are challenging SEIU Local 1000 officials’ “opt-out” policy that required workers to affirmatively opt out of the portion of union fees that workers cannot be legally required to fund.

In 2015, a federal judge certified Foundation staff attorney W. James Young as the attorney for the entire class of more than 30,000 nonmembers who had been coerced since June 2013 into funding SEIU union officials through the scheme.

The case is pending in the U.S. Ninth Circuit Court of Appeals on appeal from the District Court’s dismissal of the claim. Hours after the Janus ruling declared that workers must provide affirmative consent to be charged union fees, Young notified the Court of Appeals of the decision’s relevance to Hamidi.

Unions have been on notice of the dubious legal grounds of its “opt-out” policy since the Foundation-won Knox v. SEIU Supreme Court decision in 2012, when the Court ruled in favor of a similar class of workers forced to pay union dues.

Because SEIU Local 1000 did not adjust its policy of forcing workers to opt-out of non-chargeable fees after Knox, the Janus decision means the union could be required to refund all fees seized since June 2013 from the more than 30,000 class members, an amount estimated to be well over $100 million.

“For years union bosses have violated the rights of public employees and seized billions of dollars in unconstitutional forced fees,” said Mix, “Now, armed with the Janus precedent, Foundation staff attorneys are seeking to force union officials to return those ill-gotten gains to the workers whose rights they violated.”

Posted on May 8, 2019 in Newsletter Articles