The following article is from the National Right to Work Legal Defense Foundation’s bi-monthly Foundation Action Newsletter, November/December 2022 edition. To view other editions of Foundation Action or to sign up for a free subscription, click here. 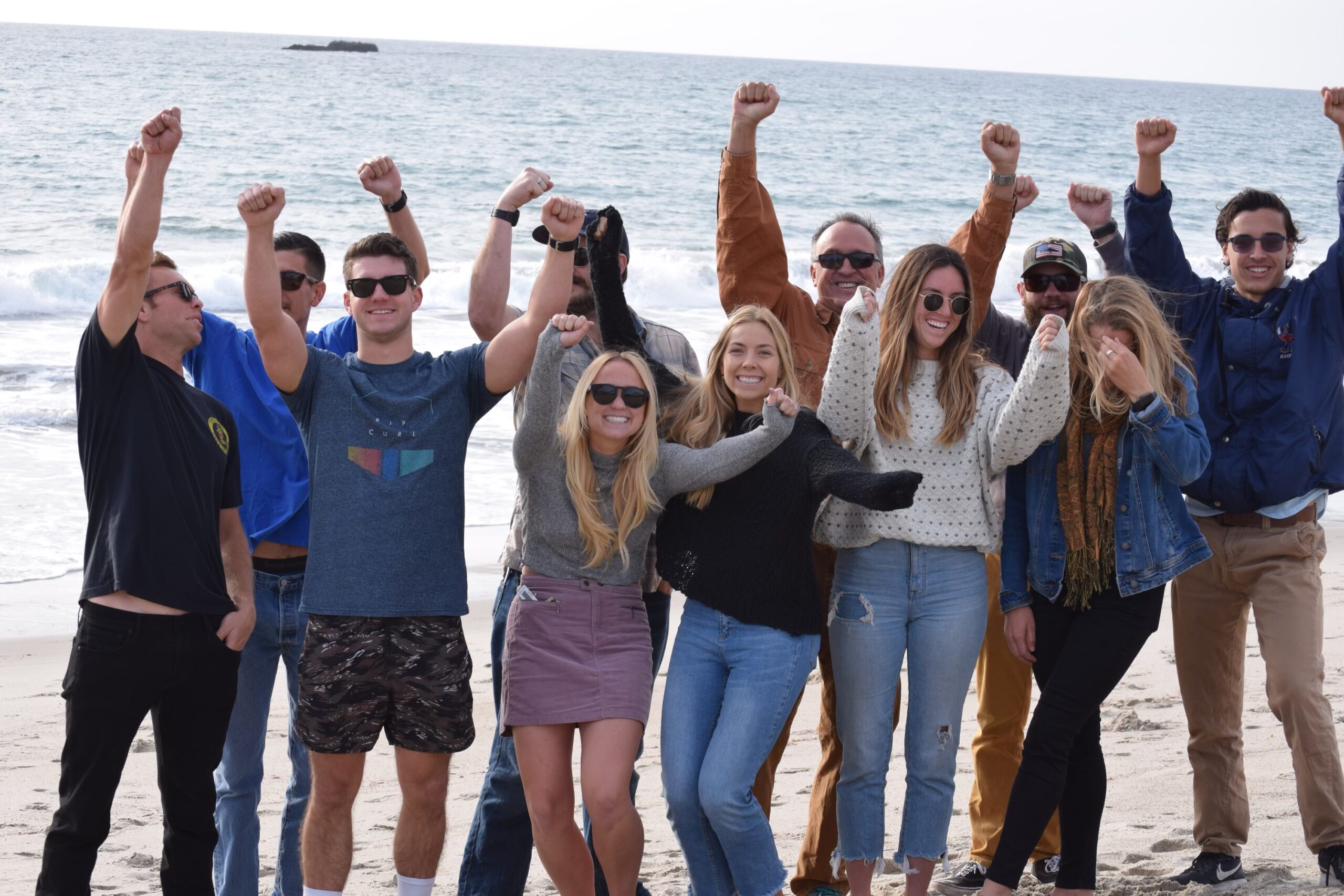 These California lifeguards can ride the waves, but they certainly didn’t “waive” their Janus rights. In their Supreme Court bid, they hope to stop union bosses from locking them out of their First Amendment rights for years.

“They really pushed us to sign up for the union without a lot of information behind it,” said Marshall. “It was kind of a sign-the-papers-and-we’ll-talk-about-it-later kind of thing.” After she signed up, she hardly ever saw or heard from union officials again but full union dues were coming out of her paycheck.

What she and many of her colleagues, whom union bosses had cajoled into signing up, didn’t expect was how hard it would be to exit a union that didn’t seem to be doing anything for them. When she and her colleagues tried to resign, CSLEA officials told them that they were stuck in both full union dues payments and full union membership until 2023, pursuant to a so-called “maintenance of membership” requirement.

Marshall, along with lead plaintiff Jonathan Savas and 21 other colleagues, sued CSLEA bosses in federal court in 2020 for violating their constitutional rights. They argued the “maintenance of membership” requirement blatantly infringes on their First Amendment rights under the Foundation-won Janus v. AFSCME Supreme Court decision. In Janus, the Court declared that public sector workers cannot be forced to bankroll a union without voluntarily waiving their First Amendment right to abstain from union payments. The lifeguards also sued the state of California for its role in enforcing the unconstitutional dues deductions.

Secret Union Dues Scheme Has Been Illegal for 45 Years

Marshall, Savas, and their fellow lifeguards are now petitioning the Supreme Court of the United States to hear their case, arguing CSLEA bosses’ restrictive arrangement even violates Supreme Court precedent that predates Janus.

The lifeguards’ Foundation provided attorneys argue in the petition that “maintenance of membership” requirements not only flout Janus’ ban on all forced dues in the public sector, but even violate the Supreme Court’s now-overturned 1977 decision in Abood v. Detroit Board of Education. Abood let union officials force dissenting public sector employees to pay a portion of union dues as a condition of employment.

“Maintenance of membership” requirements – which force public employees to pay full union dues often for years after they try to resign from the union – are worse than anything permitted by Abood, Foundation staff attorneys argue.

The petition also takes to task CSLEA union bosses’ paltry defense that the lifeguards somehow voluntarily agreed to the “maintenance of membership” scheme. In Janus, the Supreme Court ruled that union officials can only take dues from a public employee’s paycheck if that employee gives a “clear and compelling” waiver of Janus rights. Foundation attorneys point out that the CSLEA union’s dues deduction forms contained only a “vague reference” to an unexplained limit on when withdrawal from membership is permitted, which is not even close to satisfying Janus’ waiver requirement.

“A vague reference to unspecified limitations in ‘the Unit 7 contract and State law’ does not establish the Lifeguards contractually consented” to union membership for four years, the petition says.

Supreme Court Must Intervene to Stop Spread of Unconstitutional Restrictions

The petition for Savas and his fellow lifeguards emphasizes how crucial it is for the Supreme Court to strike down cumbersome “maintenance of membership” restrictions, pointing out that California unions and legislators will continue to force public employees to remain formal union members and pay full dues as a condition of employment if the schemes are left unchecked.

“Other states likely will follow suit, such as Pennsylvania, whose laws also authorize maintenance of membership requirements,” the brief states.

“The Supreme Court must intervene in these lifeguards’ case to protect the First Amendment rights of all American public sector employees, and prevent union bosses and their political allies from replicating across the country these patently unconstitutional restrictions.