After More Than Twenty-Eight Years of Litigation, Independent-Minded Workers Prevail 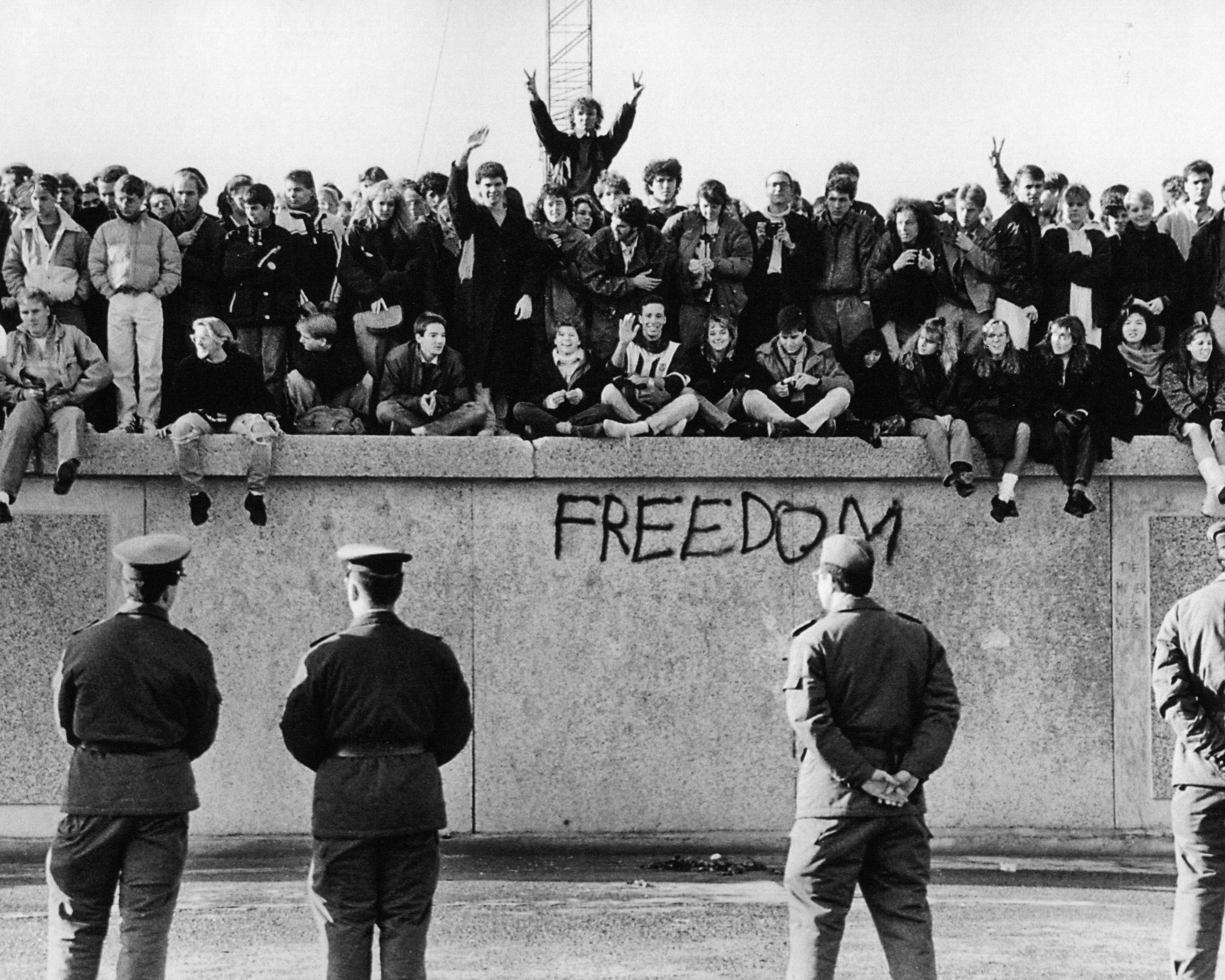 Photo By: University of Minnesota Institute of Advanced Studies

Sherry and David Pirlott filed charges against union officials on November 8, 1989 — the day before the Berlin Wall began to be demolished — but enforcing their rights would take longer than tearing down one of the most visible symbols of the Cold War.

GREEN BAY, WI – The day before the Berlin Wall fell in November 1989, Sherry and David Pirlott filed federal unfair labor practice charges against the Teamsters Local 75 union hierarchy for keeping them in the dark about their rights and how union officials were spending their forced union dues

Following nearly three decades of litigation between National Right to Work Foundation staff attorneys and union lawyers at both the National Labor Relations Board (NLRB) and Court of Appeals for the D.C. Circuit, the Pirlotts’ rights were finally vindicated.

Before the legal battle began, Sherry Pirlott was a Teamsters local 75 union steward at the Schreiber Foods cheese company

After union goons threatened her with bodily harm for refusing to toe the line, Sherry decided to stop financially supporting the union hierarchy. Teamsters Local 75 union officials then sued her in small-claims court to force her to pay for union activities. Unable to find a local attorney in Green Bay willing to take on union lawyers, she was forced to defend herself. The judge refused to hear her arguments and quickly awarded judgment to the Teamsters.

In the Foundation-won Communications Workers v. Beck ruling, the U.S. Supreme Court held in 1988 that workers have the right to refrain from joining a union and subsidizing union activities unrelated to monopoly bargaining and contract administration, such as politics and member-only events.

Teamsters Local 75 union officials never informed the Pirlotts or their coworkers of their rights under Beck. Once they learned of these rights, Sherry and David Pirlott, also an employee at Schreiber Foods, resigned from formal union membership and objected to paying for nonchargeable union expenses. Providing only sketchy financial disclosure of the union’s expenses, Teamster union officials told the Pirlotts that only 1.1 percent of the union’s expenditures were for non-bargaining activities.

On November 8, 1989, with free legal aid from Foundation staff attorneys, the Pirlotts filed unfair labor practice charges with the NLRB. Nearly two years later, the NLRB General Counsel found merit to the charges and issued a complaint against the union for failing to inform workers of their Beck rights, providing inadequate financial disclosure, and charging objecting workers for expenditures incurred beyond their own bargaining unit.

In 1992, an administrative law judge issued a mixed ruling, and both the Pirlotts and the union appealed to the full NLRB. That’s when the outrageous delays began.

After more than six years of inaction by Bill Clinton’s NLRB, Foundation staff attorneys filed a rare mandamus petition in the U.S. Court of Appeals for the D.C. Circuit to order the Board to issue a decision. Under mounting pressure form this legal action, the Clinton Labor Board finally acted on the case in September 1999. However, they simply sent the case back to an administrative law judge to determine whether the union could force the Pirlotts to pay for union organizing at other workplaces.

In the Foundation-won Supreme Court precedent Ellis v. Railway Clerks, the U.S. Supreme Court ruled that such expenses are not chargeable to non-members under the Railway Labor Act. Unfortunately, even though in Beck the Court ruled that the Railway Labor Act and the National Labor Relations Act are “statutory equivalents,” the judge in December 2001 ruled that Teamster union bosses could charge the Pirlotts to subsidize union organizing campaigns anywhere in the private sector.

The Pirlotts again appealed to the full NLRB. With no decision for four and a half years, Foundation staff attorneys filed a second mandamus petition and successfully convinced the D.C. Circuit to order the NLRB to respond in 2006. Unable to meet the November 30 deadline, the NLRB asked the D.C. Circuit for more time. When the NLRB finally issued a decision two months later, it failed to hold all union organizing expenditures nonchargeable under Ellis and Beck. Moreover, the Board overlooked the inadequacy of the union’s financial disclosure, so the Pirlotts appealed the decision to the D.C. Circuit.

On April 18, 2008, the D.C. Circuit issued its ruling. It declined to address the argument that objecting non-members can never be charged for organizing activities and remanded the case back to the NLRB to consider the adequacy of the union’s financial disclosure. The NLRB then sat on the case for the next seven years with little action.

The NLRB in March 2017 finally held that the Teamsters Local 75 union officials provided insufficient financial disclosure. Following this victory for the Pirlotts, settlement negotiations dragged on for nearly another year. Eventually, after Wisconsin’s Right to Work Law became operative at Schreiber Foods in January 2018, the union agreed to reimburse the Pirlotts with interest and post notices informing workers of their rights under Beck. Further, because of Wisconsin’s Right to Work Law, David Pirlott, who still works at Schreiber Foods, is finally free from any payments to the union bosses that fought to violate his rights for decades.

“With the help of NLRB bureaucrats, Teamster union bosses fought tooth and nail for nearly three decades to try to keep every last cent of the Pirlotts’ forced fees,” said National Right to Work Foundation President Mark Mix. “The Pirlotts’ lengthy legal battle to enforce their rights despite the NLRB’s repeated delays demonstrates that Right to Work laws are the only way to truly protect independent-minded workers.”