To read the rest of the January/February 2017 issue, please click here. 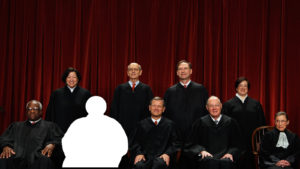 Washington, D.C. – Over the past few months, Foundation staff attorneys have been busy litigating hundreds of cases on the behalf of independent-minded workers across the country. Two of those cases have the potential to reach the Supreme Court this year and answer the unresolved questions left in the wake of the 4-4 split in the Fredrichs v. California Teachers Association.

One of those cases, Janus v. AFSCME, stems from an executive order from Illinois Governor Bruce Rauner that placed any union fees that nonunion members were forced to pay into an escrow account until the constitutionality of those fees was resolved. Governor Rauner subsequently filed a lawsuit in U.S. District Court for the Northern District of Illinois and argued that collecting forced dues or fees from state employees as a condition of employment violated the First Amendment of the Constitution.

Foundation staff attorneys then filed a motion to intervene as plaintiffs for Mark Janus and other state employees who are forced to pay union fees as a condition of employment. A Judge eventually ruled that Governor Rauner did not have standing in court but let the Foundation-represented employees continue to challenge the constitutionality of forced fees.

After the Supreme Court reached a 4-4 deadlock in a similar case earlier this year, Friedrichs v. CTA, a District Judge ruled against Janus and the other state employees. Foundation attorneys immediately filed an appeal to the Seventh Circuit Court of Appeals and are awaiting a decision. It is possible that a petition for a writ of certiorari could be filed with the Supreme Court later this year.

The second case, Serna v. Transportation Workers Union (TWA), is a class-action lawsuit brought by several American Eagle Airlines and Southwest Airlines employees U.S. District Court for the Northern District of Texas was pending with the Supreme Court as this issue of Foundation Action went to press. That suit challenges the constitutionality of the Railway Labor Act’s sanction of agreements that require compulsory union fees as a condition of employment.

Even though these employees work in the private sector, the Supreme Court has previously ruled that because the Railway Labor Act (RLA) effectively mandates forced fees for railway and airline workers, it effectively fosters the same Constitutional issues as were raised for government employees in Friedrichs. Therefore, success in Serna on the First Amendment claims against forced dues would effectively overturn forced dues for public sector workers.

After the Fifth Circuit Court of Appeals ruled against the airline employees citing the Friedrichs deadlock, Foundation staff attorneys filed a petition for a writ of certiorari with the Supreme Court. The Court was scheduled to consider the petition on January 6 and a decision whether to take the case or not could follow shortly after, or the Justices may decide to hold the case in light of the potential for a 4-4 tie until a ninth Justice is seated.

“Both of these cases have the potential to answer the ultimate question that was left unresolved by Friedrichs and that is whether or not it is constitutional to force workers to pay union bosses tribute to get or keep a job,” National Right to Work Foundation President Mark Mix said.

In addition to Serna and Janus, National Right to Work Foundation staff attorneys have two additional cases working their way through the courts – one on behalf of university professors in Massachusetts and one for school employees in Kentucky – that directly challenge the constitutionality of mandatory union dues. More cases directly challenging the constitutionality of government-mandated forced union dues are expected to be filed by Foundation staff attorneys in 2017.