Video: How UAW Big 3 Autoworkers Can Exercise Right to Work, Stop all Union Dues and Fees

When the UAW’s monopoly bargaining contract with the Big 3 automakers expires on September 14, 2015, workers in Indiana, Michigan, and Wisconsin will be able to exercise their Right to Work for the first time. Workers who want to resign from the union and stop all dues and fees may watch the video below for a detailed explanation of the steps workers must take.

The NRTW Foundation’s statement also provides important information and the special legal notice provides a sample resignation letter that workers may use. If any worker has trouble exercising their rights he or she may contact the Foundation and request free legal assistance here.

In response to the National Labor Relations Board (NLRB) taking a step on April 15, 2015, towards allowing union officials to force nonmember workers in Right to Work states to pay fees for union contract grievance-processing, Mark Mix, president of the National Right to Work Foundation, issued the following statement:

As Right to Work expands across the country, it is unfortunately not surprising that the Obama NLRB is now actively working to undermine the 25 state Right to Work laws. Its “call for briefs” signals this NLRB’s intention to reverse 60 years of Board precedent to give union bosses an unprecedented tool to eviscerate employees’ Right to Work protections.

The fact is that union officials choose monopoly bargaining control over all workers in a workplace even though they are free to instead negotiate a members-only contract. And union officials continue to do so because they enjoy and often depend on the power derived from that monopoly. The monopoly union contract and any grievance over its enforcement is the direct result of union bosses’ decision to impose their so-called “representation” on independent-minded employees who, because of their status as nonmembers, have lost all ability to influence the contents of the union contract that controls the outcome of any grievance.

The real solution would be to strip union officials of their monopoly bargaining powers that let them impose unwanted “representation” on unwilling workers, but as long as union bosses are empowered to force nonmembers under their contacts, Right to Work laws should continue to protect workers from being forced to subsidize that unwanted union boss monopoly representation, including through the union-imposed grievance process.

Houston, TX (August 12, 2014) – Three years after the National Labor Relations Board (NLRB) eliminated workers’ right to challenge union card check recognition with a secret ballot vote, the very workers involved in that case have petitioned for an election to remove the unwanted union from their workplace.

In 2007, National Right to Work Foundation staff attorneys secured a new NLRB precedent in Dana Corp. which held that workers may collect signatures to request a secret ballot election during a 45-day window period following notice that their employer has recognized a union based on a card check organizing drive. The ruling was intended to counteract coercive practices frequently associated with card checks, which allow organizers to bully or mislead employees into signing cards that count as “votes” toward unionization.

In 2011, the Obama NLRB overturned the Dana precedent in Lamons Gasket.

Last week, two Alaska State Troopers, Patrick Scott Johnson and Gabriel Rich, were killed in the line of duty while conducting an investigation in Tanana, Alaska.

In addition to serving his community as a state trooper, Johnson was one of the five National Right to Work Foundation-assisted Alaska state troopers seeking to defend and expand the workplace rights of public servants in Alaska and across the country.

The Right to Work family is deeply saddened to hear the terrible news and sends condolences to the families of both troopers.

Recent media reports suggest that union bosses are attempting to skirt Michigan’s Right to Work law any way they can.  The Wall Street Journal even reported that a Michigan teacher union boss sent out a memo stating union officials should consider suing union members who exercise their Right to Work and refrain from union membership and dues payments.

In "NLRB Watch" #8, titled "What the Noel Canning Decision Means for NLRB Cases," Raudabaugh charts what cases may be subject to challenge in the wake of the U.S. Court of Appeals for the District of Columbia’s ruling last month invalidating President Barack Obama’s controversial purported "recess appointments" to the Board. The court held President Obama could not constitutionality make those appointments without U.S. Senate confirmation because the Senate was not in recess. National Right to Work Foundation staff attorneys filed an amicus curiae brief jointly with the Landmark Legal Foundation in the case.

As a result of the court’s ruling, since at least January 3, 2012, the Board has lacked a quorum as required by a U.S. Supreme Court precedent established in 2010, thus invalidating the Board’s rulings since that time. Click here to see a chart displaying the many cases invalidated by the court’s decision in Noel Canning.

Click here to read other posts located at the "NLRB Watch" page. And be sure to follow the National Right to Work Foundation on Facebook and Twitter to get alerts on new "NLRB Watch" posts! 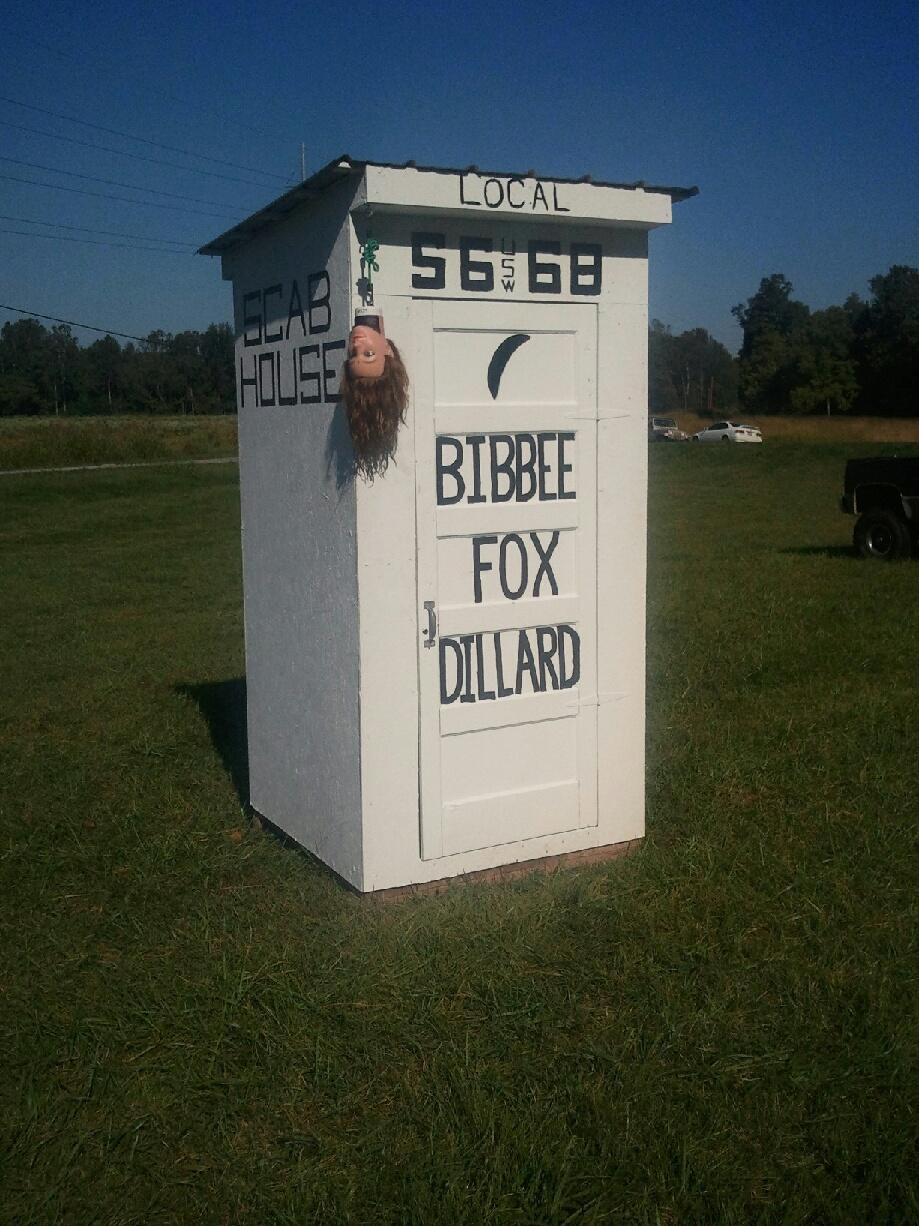 Union militants put up an outhouse featuring a creepy hanging doll’s head and posted signs publicizing the names, addresses, and phone numbers of the workers who continued to work during the strike.

The four workers resigned their union membership in the United Steelworkers (USW) Local 5668 union before they continued to work during the strike. Under federal law, workers who refrain from union membership are exempt from the union’s constitution and bylaws and thus cannot be disciplined for continuing to work during a union boss-ordered strike.

After the strike concluded, the workers received threatening letters from USW Local 5668 union officials stating that the union hierarchy intends to levy retaliatory strike fines against the workers at "the maximum penalty allowed." Union officials also stated that the workers will be placed "at the bottom of the seniority list," which is a clear violation of federal labor law. 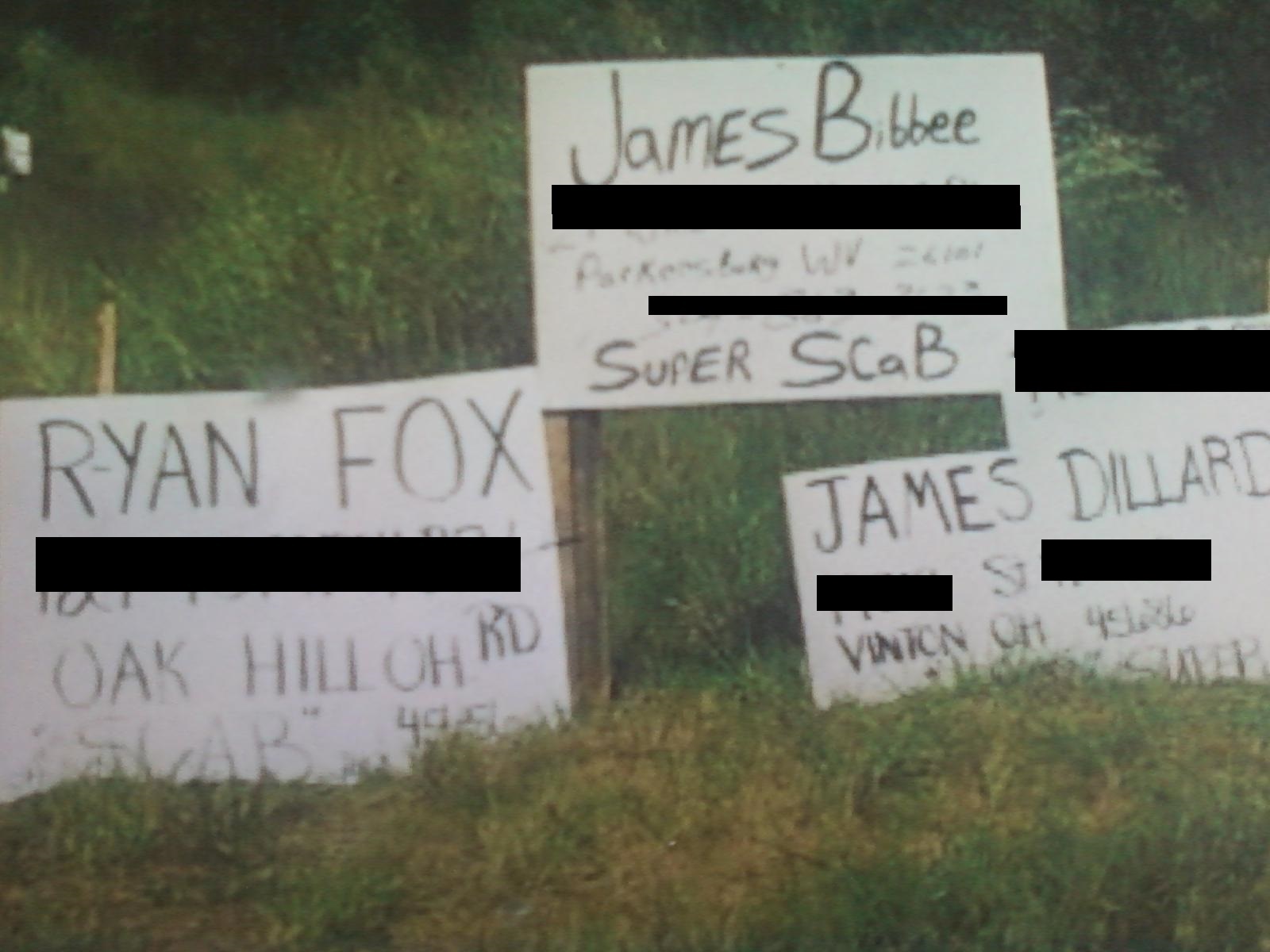 If you or someone you know has been harassed, intimidated, or threatened by a union, please contact the National Right to Work Foundation at 1-800-336-3600, via email, or by clicking here.

Regular [email protected] readers may remember the case of Pam Harris, an Illinois woman who is challenging an SEIU scheme aimed at forcing her and other homecare providers into union ranks. For the past several years, Harris has received free legal assistance from Foundation staff attorneys.

In November 2011, Harris filed a a petition for a writ of certiorari at the Supreme Court, challenging the SEIU’s forced-unionism scheme on the grounds that it violates homecare providers’ freedom of association and freedom of speech. Last June, the Supreme Court asked for a brief on the issues presented from the Solicitor General, a move that could indicate heightened interest in the case. The Solicitor General’s brief was filed in early May. Harris’s Foundation-provided staff attorney submitted a reply shortly thereafter.

For more information on the case, including links to Harris’s petition and several amicus curiae briefs filed in support of her arguments, check out Scotusblog.

Over the past ten years, private sector employment opportunities in Right to Work states have grown by 6.4%, compared to just 0.4% job growth in states that allow forced unionism. Other economic indicators – from purchasing power to employee compensation – are equally stark. No matter how you slice the numbers, Right to Work states simply perform better than their forced-unionism neighbors.

The case for Right to Work laws has always rested on the importance of employee freedom, but it’s nice to know that protecting worker rights has other, more tangible benefits. Over the past several years, studies, surveys, and job reports have all confirmed that freedom in the workplace yields impressive economic results.

NOTE: This article is from the March-April issue of Foundation Action, our bi-monthly newsletter. You can sign up to receive a print edition of the newsletter here. 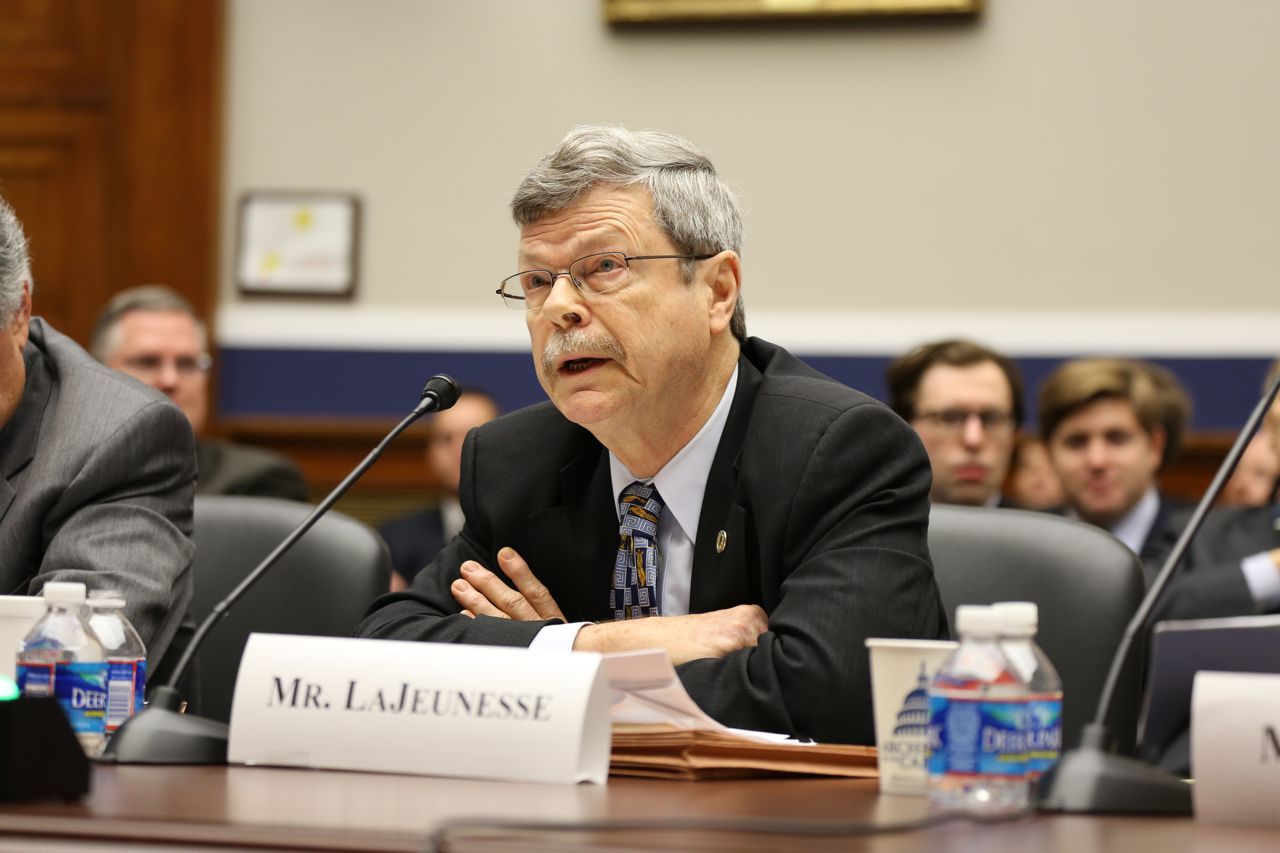 WASHINGTON, DC?- On February 13, Ray LaJeunesse, Vice President and Legal Director of the National Right to Work Foundation, testified before a subcommittee of the House Committee on Education and the Workforce about the need to more vigorously enforce employees’ rights to refrain from funding union politics.

LaJeunesse, who has over 40 years of experience on the Foundation’s legal staff and has argued four cases before the U.S. Supreme Court, repeatedly criticized the National Labor Relations Board (NLRB) for its lax enforcement of the rights of workers who wish to refrain from union affiliation. Under the Foundation-won Supreme Court precedent Communication Workers v. Beck, private sector employees have the right to refrain from paying for union activities unrelated to workplace bargaining, such as members-only events and union political activism. However, the Obama-era NLRB has shown little interest in helping employees assert their rights to opt out of paying for union politics.

LaJeunesse pointed out that the Board has permitted union officials to install a number of bureaucratic hurdles that discourage independent-minded employees from asserting their Beck rights. LaJeunesse noted that many unions now require employees to annually renew their objections to union political spending during a designated “window period,” a practice that allows union officials to continue extracting full dues from nonunion employees if they miss an arbitrary filing deadline.

Moreover, the Board has recently held that nonunion employees can be charged for organizing activities and political lobbying for “goals that are germane to collective bargaining.” LaJeunesse noted that this elastic interpretation of the Supreme Court’s Beck standard undermines the ability of nonunion employees to refrain from funding ideological and organizing activities they may disagree with.

“In sum, the problem is systemic,” concluded LaJeunesse. “The Board has dismally failed to protect workers’ Beck rights. Indeed, the current Board seems bent on totally eviscerating those rights.”

Unfortunately, the Board – a supposedly neutral arbiter of American labor law – has been stacked with pro-Big Labor appointees throughout the Obama Administration. Former NLRB Member Craig Becker actually worked for the SEIU and AFL-CIO before joining the Board and ruling on cases he was involved with as a union lawyer. Current NLRB Member Michael Griffin also worked as a union lawyer before joining the Board.

“As our Legal Director noted in his testimony before Congress, the Board has shown a total disregard for the rights of independent-minded employees,” said Mark Mix, President of the National Right to Work Foundation. “We hope this will serve as a wake-up call to citizens concerned about the Board’s pro-forced unionism bias.”