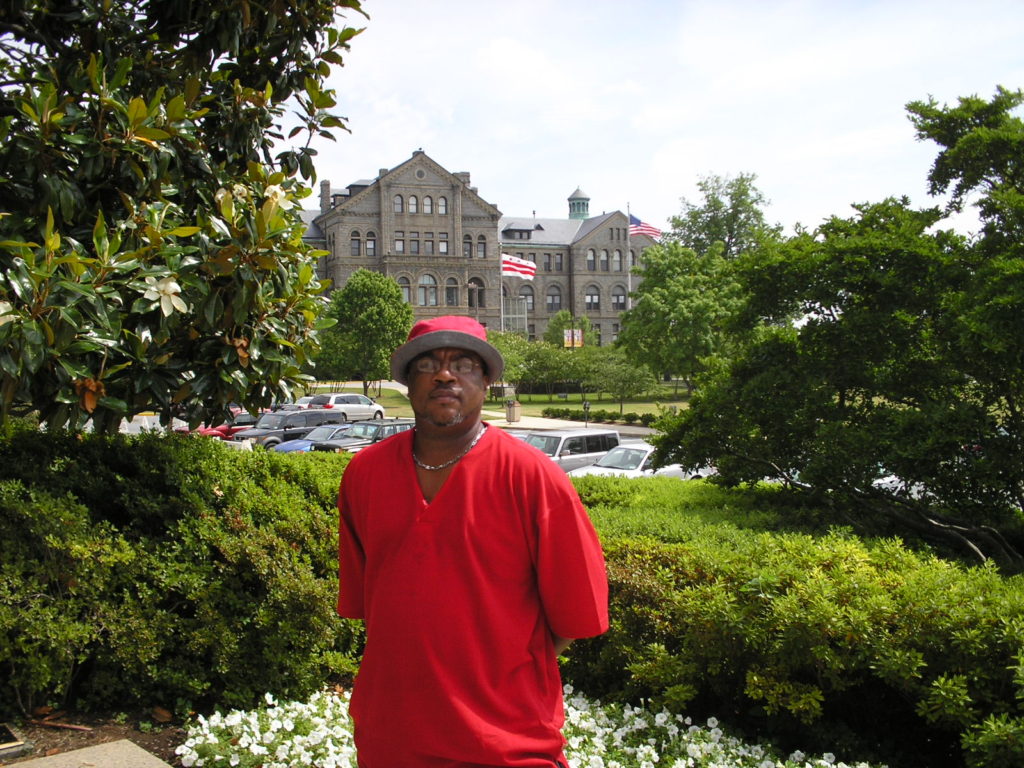 Jerry standing up for his rights.

Jerry Evans, a former Catholic University of America groundskeeper, was unlawfully fired for exercising his right to refrain from formal union membership. Union officials at the International Union of Operating Engineers Local 99 ordered his termination from Catholic, even though Jerry was never a formal member of the union.

In early November 2006, union officials unlawfully demanded that Jerry pay a $100 “initiation fee” and fork over $259 in forced dues within 10 days or be fired. Jerry refused to pay the forced dues and, in response, union officials sent a letter to Catholic University ordering his termination.

In violation of the Foundation-won U.S. Supreme Court precedent in Communications Workers v. Beck, union officials never informed Jerry of his right to refrain from formal union membership. Additionally, union officers failed to inform Jerry of his other rights, including his right to be provided an adequate breakdown of how they would spend his forced dues.

With help from attorneys at the National Right to Work Legal Defense Foundation, Jerry responded by filing federal charges in January 2007. After an investigation, the National Labor Relations Board issued a complaint against the union and set a hearing date for late summer.

However, facing embarrassing prosecution by the federal board, IUOE union officials moved quickly to settle out of court. Since union officials barred Jerry from his Catholic University position for over five months, Jerry was able to collect $12,000 in back pay and has since decided to work elsewhere.

Jerry in His Own Words

“When they told me I had to pay dues within 10 days, I felt discriminated against.” –Jerry Evans, recounting his experience to Foundation Action

“I had no intention to join nor did I ever want to join, and I had worked there for over a year.” –Jerry Evans, explaining how he felt when union officials demanded he pay forced union dues

“In all the time I have been working, I’ve never been written up nor done anything wrong on the job, and this isn’t fair.” –Jerry Evans, commenting on how union officials demanded his illegal firing

“I would like [the union] to simply acknowledge they were wrong, to apologize to me, and to clear my good name.” –Jerry Evans, after he prompted the NLRB to prosecute the union

“I know that I am blessed. And I don’t let anything hold me down.” –Jerry Evans, standing up for his right to refrain from formal union membership