Gary Davenport – Fighting for Freedom of Speech at the U.S. Supreme Court 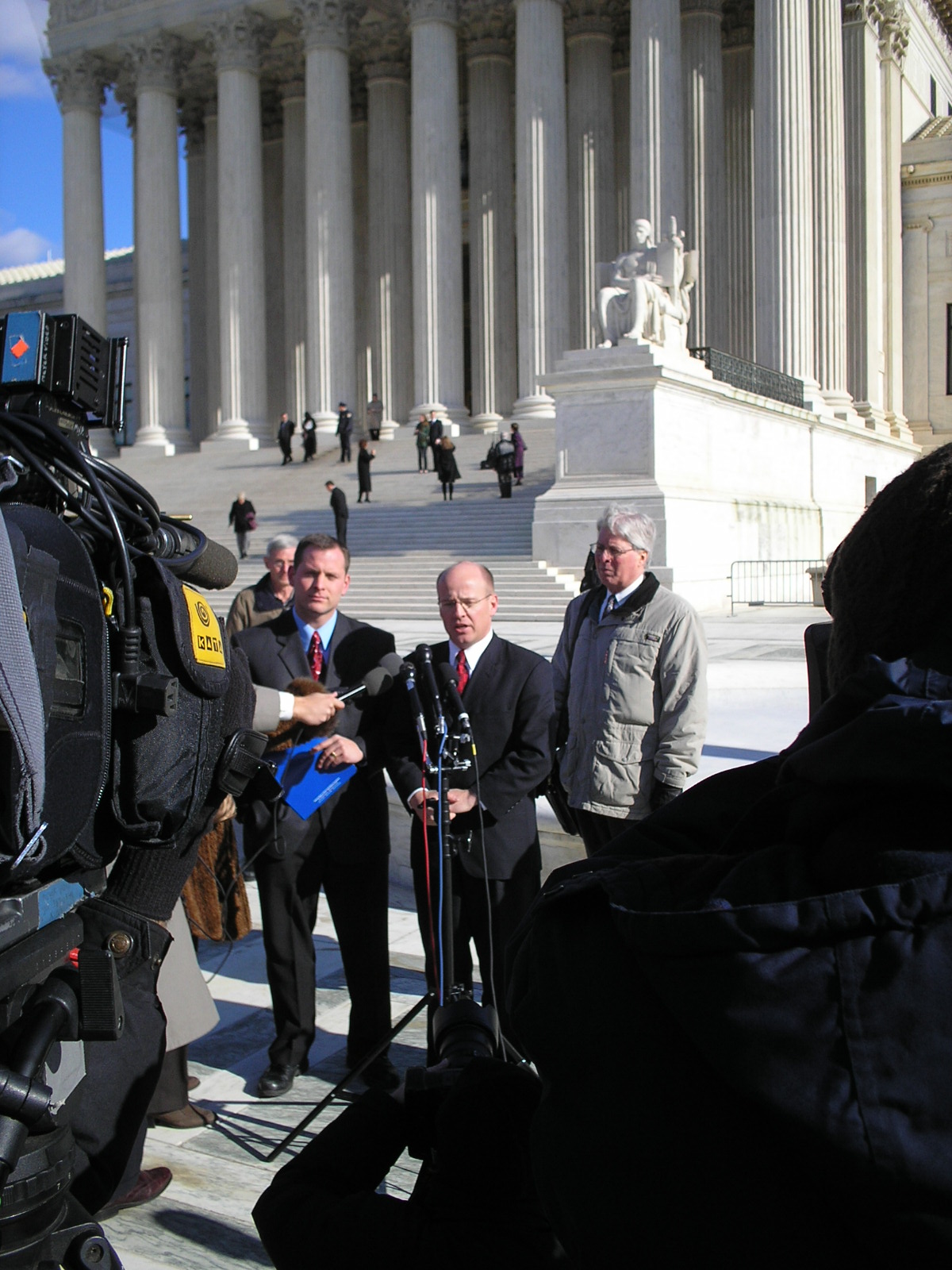 Gary Davenport was a history teacher at Kentwood High School in Washington State. Because Washington has no Right to Work law, he was still forced to pay union dues amounting to over $500 per year. In March 2006, the Washington State Supreme Court struck down a state law that required union officials to obtain the prior consent of nonunion public employees like Gary before spending their mandatory union dues for political campaigns.

On January 10, 2007, oral arguments took place at the U.S. Supreme Court after a successful appeal by National Right to Work Foundation attorneys. They asked the High Court to reexamine whether nonunion members should automatically have compulsory dues for politics deducted from their paychecks in the first place.

The High Court ruled on June 14, 2007 in a 9-0 unanimous decision that reversed the Washington State Supreme Court’s misinterpretation of the First Amendment.

Writing for the court, Justice Antonin Scalia stated, “unions have no constitutional entitlement to the fees of nonmember employees.” Additionally, the opinion pointed out that union officials enjoy the “extraordinary power” to compel union dues from nonunion employees, reaffirming that Right to Work laws are good public policy.

However, the High Court did not rule on whether nonunion members should have compulsory dues for certain political advocacy deducted from their paychecks in the first place. Such a ruling would have granted over a million American workers like Gary, who are not union members but are forced to pay dues, an automatic reduction in their forced dues of several hundred dollars per year.

The ruling was the Foundation’s eighth victory at the U.S. Supreme Court. With this win, Gary and 4,000 other nonunion members in Washington State helped to confirm union officials have ‘no constitutional right” to spend nonunion employees’ forced dues for politics.

Gary in His Own Words

“This has been going on and will continue to go on to those teachers who don’t have a voice. They really don’t have an opportunity to defend themselves or protect their own money. They’ve kind of been bullied by the unions.” –Gary Davenport

“Unless you have permission you shouldn’t spend other people’s money. It’s an easy concept and one that most citizens have to abide by. Unions shouldn’t have a hard time abiding by it.” –Gary Davenport, speaking to The New York Sun