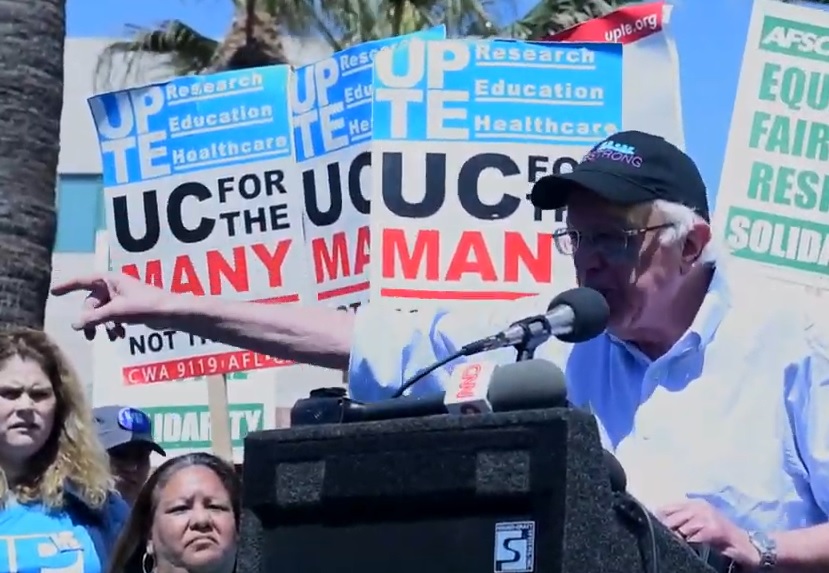 SAN DIEGO, CA – In March, UC San Diego Health Service Desk Analysts Pablo Labarrere and Sam Doroudi filed a federal class-action lawsuit against the University Professional and Technical Employees (UPTE) union and the University of California for seizing dues from their paychecks in violation of their First Amendment rights.

With free legal aid from National Right to Work Legal Defense Foundation staff attorneys, Labarrere and Doroudi contend that the dues seized from them and their colleagues are unconstitutional under the 2018 Foundation-won Janus v. AFSCME Supreme Court decision. In Janus, the Court ruled that deducting union dues from any public sector worker’s paycheck without his or her affirmative and knowing consent breaches the First Amendment of the U.S. Constitution.

According to the lawsuit, UC San Diego Health officials made all new employees “believe that it was a condition of employment to either join the union as full members or pay forced fees as non-members” during a mandatory orientation session. New employees were given and told to sign “dues deduction authorization cards” which provided that union officials would continuously collect dues from each employee’s paycheck unless a revocation letter was sent in a 30-day window before the annual anniversary of signing the card.

According to the lawsuit, the authorization cards did not explain, as Janus requires, that public sector employees “have a First Amendment right not to subsidize the union and its speech” and that signing the card would waive those rights. Labarrere and Doroudi eventually discovered their First Amendment Janus rights independently and sent letters to UPTE officials in December 2019 demanding that dues deductions be cut off. UPTE agents rejected both requests and continued to seize dues from Labarrere’s and Doroudi’s paychecks, ostensibly because they did not submit their requests within the “escape period” created by the union bosses.

The lawsuit contends that UPTE bosses are violating Labarrere’s and Doroudi’s First Amendment Janus rights by continuing to take dues from their paychecks without ever having received their “affirmative authorization and knowing waiver” of those rights. It also argues that the 30-day “escape period” illegally restricts Labarrere and Doroudi in the exercise of their Janus rights.

The class-action lawsuit additionally seeks to stop UPTE bosses and the University of California system from enforcing the scheme against any other workers, and require UPTE officials to return all dues and fees to any employees in the workplace that had their First Amendment rights violated because of the policy.

Since the Janus decision, Foundation staff attorneys have litigated at least 14 cases around the country for thousands of workers whose First Amendment Janus rights have been infringed upon with union-created “escape periods.” Six of these cases have already been settled favorably for the plaintiff employees, providing relief and refunds for them and hundreds of their coworkers, while eliminating the restrictions for tens of thousands more.

In one of those cases, Michael McCain, a math professor at a community college in Ventura County, California, fought an illegal “escape period” foisted on his workplace by American Federation of Teachers (AFT) union officials, by filing a federal lawsuit in the District Court for the Central District of California. Ultimately, instead of facing Foundation staff attorneys in court, AFT officials settled the case and paid refunds to all workers who had dues seized because of the illegal policy.

“The Supreme Court made it absolutely clear in Janus that union officials violate public workers’ First Amendment rights when they seize union dues without their consent,” observed National Right to Work Foundation Vice President Patrick Semmens. “Yet over a year and a half after the decision, California union bosses — with the assistance of state officials — continue to subject the state’s public servants to schemes that violate these rights, all to fill union coffers with more illegal dues.”