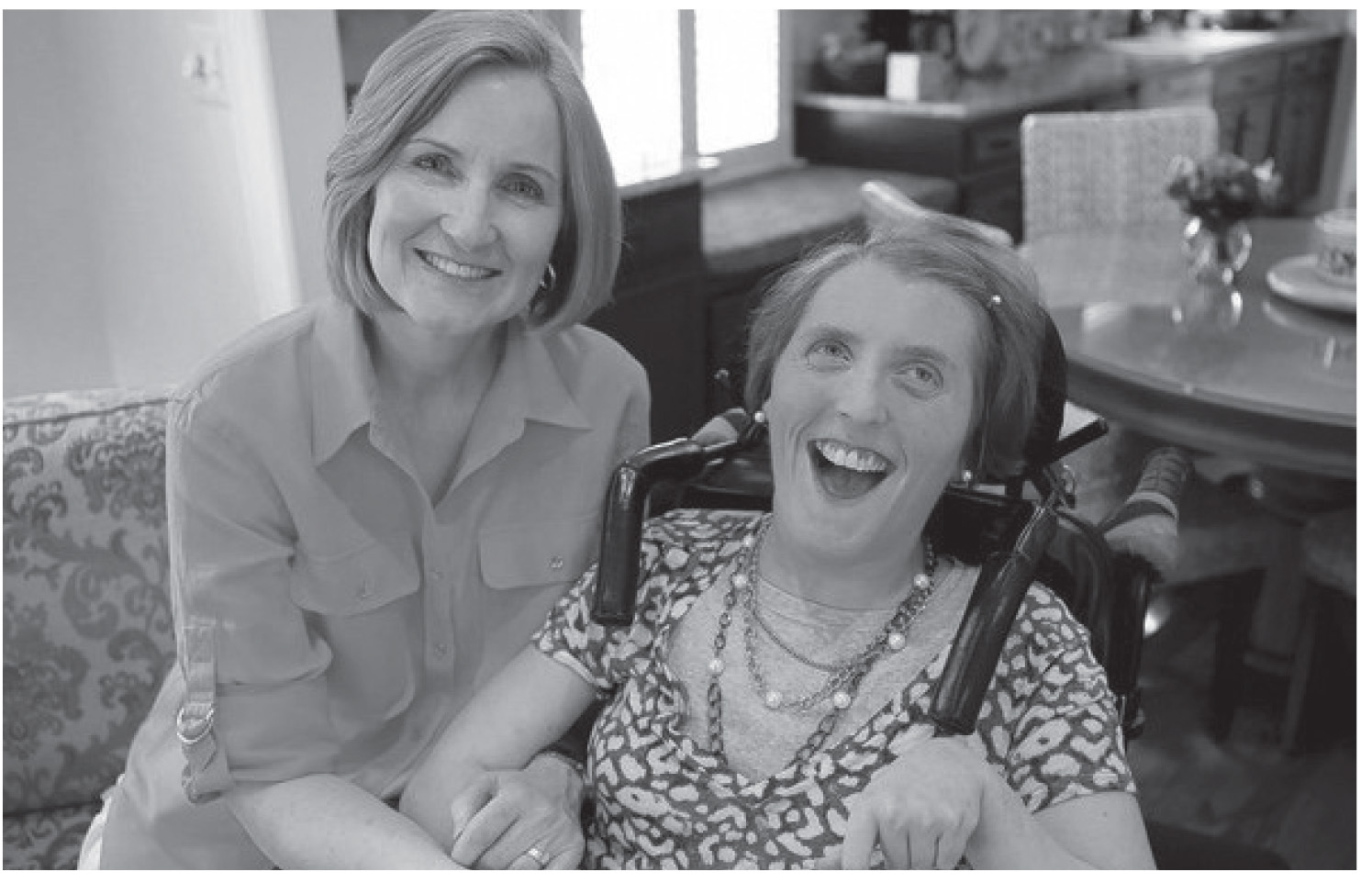 Susie Watts, a plaintiff in the U.S. Supreme Court Harris decision, is a home care provider for her daughter Libby. The case continues in Riffey, as providers fight for the return of unconstitutionally seized union fees.

WASHINGTON, D.C. – In 2014, the U.S. Supreme Court ruled in the Foundation-won Harris v. Quinn case that a scheme imposed by the state of Illinois, in which over 80,000 individual home care providers were unionized by the Service Employees International Union (SEIU) and forced to pay union fees out of the state funding they receive, violated the providers’ First Amendment rights.

The ruling should have meant that SEIU union bosses were forced to return the unconstitutionally seized union fees. Instead, five years later the providers are once again at the steps of the Supreme Court.

After the 2014 ruling, Harris continued as Riffey v. Rauner. The case was remanded to the District Court to settle remaining issues, including whether or not the 80,000 providers would receive refunds of the money SEIU officials seized without consent.

In June 2016, the District Court denied a motion for class certification. The ruling allowed the SEIU to keep the over $32 million in unconstitutional fees confiscated from homecare providers compelled into union ranks, who had not consented to their money being taken for union fees. The Appeals Court upheld the ruling.

In 2018, Foundation staff attorneys successfully petitioned the U.S. Supreme Court to review and reverse the Appeals Court’s ruling. The High Court did so the day after it issued the landmark Janus v. AFSCME decision, ordering the Appeals Court to reconsider the case in light of the Janus ruling, which struck down public sector forced union fees as violating the First Amendment.

In Janus, which was argued by the same National Right to Work Foundation staff attorney who is lead counsel in the Riffey case, the Supreme Court clarified that any union fees taken without an individual’s informed consent violate the First Amendment. That standard supports the Riffey plaintiffs’ claim that all providers who had money seized without their consent are entitled to refunds.

On December 6, a three-judge panel of the Appeals Court affirmed its previous ruling that no class can be certified from the over 80,000 providers whose money was seized in violation of their First Amendment rights. The panel based its decision on the ground that each individual homecare provider would have to prove that he or she objected to the taking of the fees when the seizures occurred.

Foundation staff attorneys point out that the Janus precedent does not require a worker to prove his or her subjective opposition to forced union fees. Rather, Janus held that the First Amendment is violated if union dues or fees are seized without the worker’s clear affirmative consent.

“The U.S. Supreme Court ruled that SEIU had illegally confiscated union dues from thousands of Illinois homecare providers, but the ruling challenged by this petition denies those same caregivers the opportunity to reclaim the money that never should have been taken from them by SEIU in the first place,” said Ray LaJeunesse, vice president and legal director of the National Right to Work Foundation. “If SEIU’s bosses are not required to return the money they seized in violation of homecare providers’ constitutional rights, it will only encourage similar behavior from union officials eager to trample the First Amendment to enrich themselves with the money intended for the care of individuals who need it.”

Posted on Jun 8, 2019 in Newsletter Articles