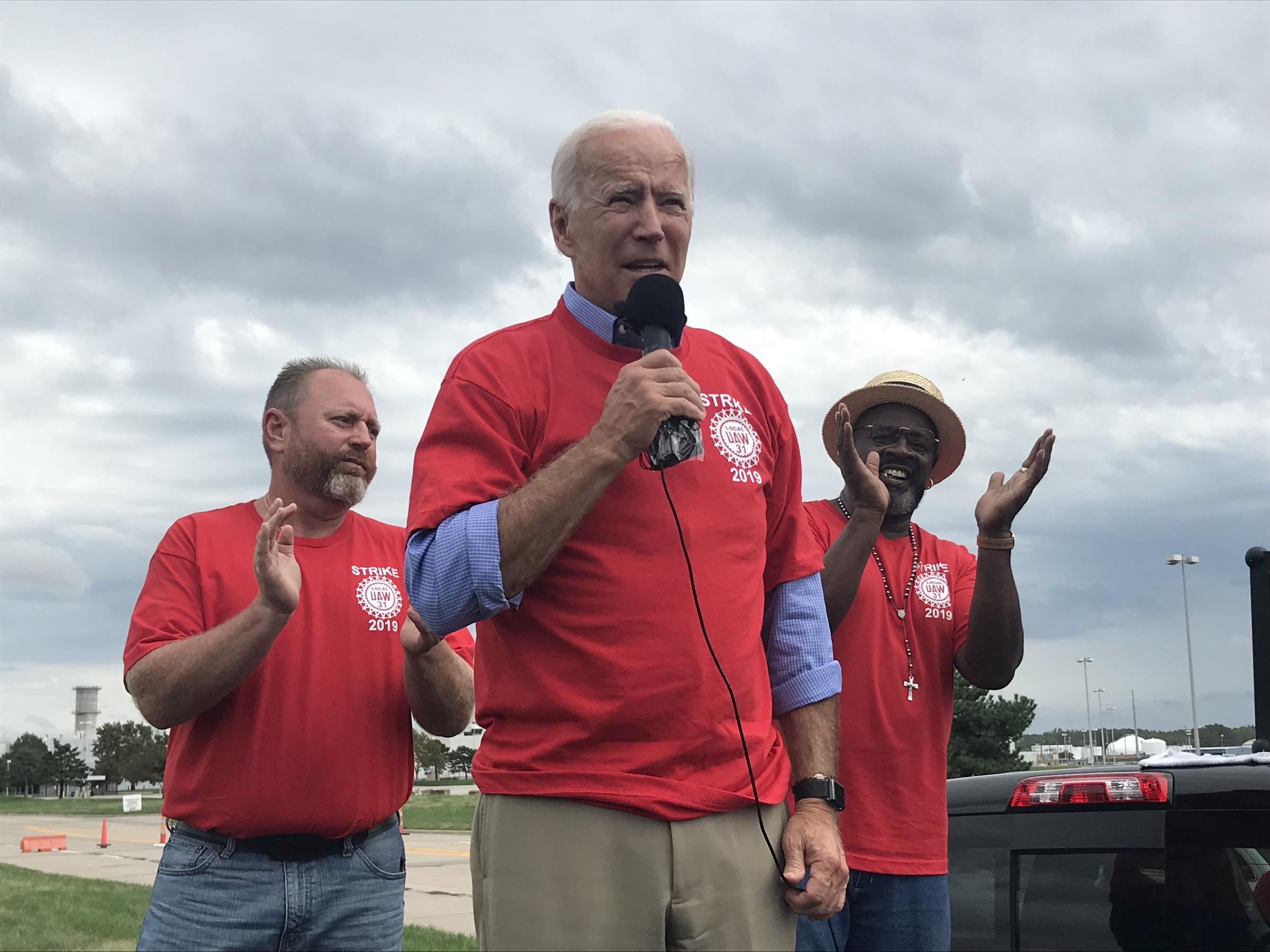 Joe Biden promises to increase UAW bosses’ coercive power over workers, even as the criminal probe engulfs the union’s upper echelon. Former UAW President Gary Jones’ house had already been raided by FBI agents when this photo was taken.

FLINT, MI – As a result of a settlement won in a National Right to Work Legal Defense Foundation-supported state court case against United Automobile Workers (UAW) Local 708 union bosses, Skylar Korinek, Donald McCarty and 261 other STAT Emergency Medical Services employees received $31,000 in damages. The lawsuit challenged the union’s and company’s violations of Michigan’s Right to Work Law. The settlement is in addition to $26,000 previously won for STAT employees in a separate federal administrative case brought by Foundation staff attorneys.

The victory comes as former UAW President Gary Jones becomes the latest top UAW official to plead guilty in a years-long federal investigation into racketeering and embezzlement among the UAW hierarchy. Court documents say that Jones and other UAW despots misspent millions in union money, much of it forced union dues, on lavish limousine lifestyles, including months-long Southern California luxury golf vacations complete with private villas, custom-made Napa wine and $60,000 in cigar-buying sprees.

The expanding probe, which has involved FBI raids on UAW officials’ homes where stashes of pilfered cash and luxury items were discovered, has already resulted in the convictions of at least 14 people, including at least 11 UAW agents.

Jones’ guilty plea is expected to be part of a deal that will include his assistance in prosecuting his predecessor, former UAW President Dennis Williams. Further, according to The Detroit News, current UAW President Rory Gamble is under investigation for taking kickbacks from Detroit vendors after awarding them lucrative UAW merchandise contracts.

“The UAW scandal is yet another reminder that compulsory unionism breeds corruption. Even though Michigan’s Right to Work Law should protect workers from being forced to subsidize union boss activities, UAW bosses’ preferred operating model still is extorting workers to pay dues or be fired,” observed National Right to Work Foundation Vice President and Legal Director Raymond LaJeunesse. “Even in states like Michigan with Right to Work laws on the books, union bosses will attempt to force workers like Korinek and McCarty to pay dues. Only vigorous enforcement of Right to Work protections through the Foundation’s legal aid program stops them.”

The five-figure settlement won in the Foundation-supported state case supplements an earlier National Labor Relations Board (NLRB) settlement last year that secured Korinek, McCarty and 168 other STAT emergency workers $26,000 in refunds from UAW. That settlement stemmed from NLRB charges filed by Foundation staff attorneys for the two against UAW and STAT for deducting union dues from the workers’ paychecks without authorization.

The state class-action lawsuit for Korinek and McCarty also revealed that STAT and UAW officials had entered into a monopoly bargaining agreement in 2015 that contained a so-called “union security” agreement. That agreement required STAT employees to join and fund UAW or lose their jobs in violation of Michigan’s Right to Work Law, which protects workers from having to pay union dues or fees as a condition of employment. At that point, the law had been in effect for more than two years.

As part of the settlement approved on May 19, 2020, UAW officials and STAT agreed not to include an agreement that requires workers to join or financially support UAW in any monopoly bargaining contract for as long as Michigan’s Right to Work Law is in effect.

Posted on Sep 2, 2020 in Newsletter Articles