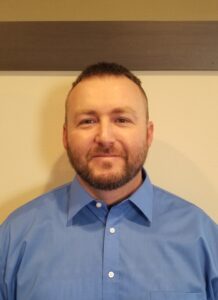 Paramedic Jarod Aubuchon is appealing his case against Teamsters officials after they punished him for informing his coworkers of their rights to resign union membership and pay reduced dues.

St. LOUIS, MO – Jarod Aubuchon, a St. Louis-area paramedic who charged Teamsters Local 610 union officials with illegal retaliation after he tried to inform his coworkers of their right to pay reduced union dues, is filing an appeal in his case to the National Labor Relations Board (NLRB) General Counsel in Washington, D.C. He is represented free of charge by National Right to Work Legal Defense Foundation staff attorneys.

Aubuchon’s appeal comes after the October 2019 dismissal of his case by NLRB Region 14 officials in St. Louis. Region 14 was reversed by the NLRB General Counsel in a similar union retaliation case this summer, which was also brought by Foundation staff attorneys.

Beck, won by Foundation staff attorneys in 1988, guarantees that employees who are not union members can only be required to pay fees to a union for expenses that are directly germane to bargaining, such as contract administration.

Armed with this new knowledge, Aubuchon posted flyers in common areas of his workplace informing his coworkers of their Beck rights. According to his charge, Teamsters agents responded by tearing down these notices and later demanding that his employer, Medic One, discipline him for the postings. Actions by union officials that cause an employer to discriminate against workers on such grounds are prohibited by the National Labor Relations Act (NLRA).

Aubuchon resigned his own union membership and asserted his Beck rights. Aubuchon’s charge states that neither his resignation nor his Beck rights have been acknowledged by Teamsters bosses, and full dues are still being seized from his paychecks.

After NLRB Region 14 officials rejected his case, Aubuchon petitioned the NLRB General Counsel to overturn the decision and order remedies for the retaliation he experienced from Teamsters officials.

“They spend union money on political activism without consideration of its members,” Aubuchon said of Teamsters officials to the St. Louis Record after his appeal was filed. “We have a right to not have our money used in that manner and in the end I hope employees are better educated on their rights and how to exercise them.”

In July 2019, the General Counsel reversed Region 14 officials’ dismissal of a similar case brought by Foundation staff attorneys for Kansas City-area hospital worker Kacy Warner. Warner charged officials of the National Nurses Organizing Committee (NNOC) union with illegally interfering with a petition she was circulating for a vote to remove the union. That included tearing down flyers she had hung in bathrooms and other common areas in her workplace informing employees of the petition. In her case the NLRB General Counsel reversed Region 14’s dismissal and ordered region officials to prosecute the charge.

Region 14 officials were also overturned by the full Labor Board in October 2019 after the Region dismissed a petition for a vote to remove the union from St. Elmo, Illinois-based ConAgra Foods worker Robert Gentry’s workplace. United Food and Commercial Workers (UFCW) union bosses had attempted multiple times to stop workers at the plant from exercising the right to vote out the union.

“The NLRB is charged with enforcing workers’ rights under the National Labor Relations Act, yet there is a disturbing pattern of Region 14 failing to enforce the rights of rank-and-file workers when doing so advances the interests of union bosses,” commented National Right to Work Foundation Vice President Patrick Semmens. “It should not take an appeal to Washington, D.C., for workers to have their rights fully protected against union boss abuses.”