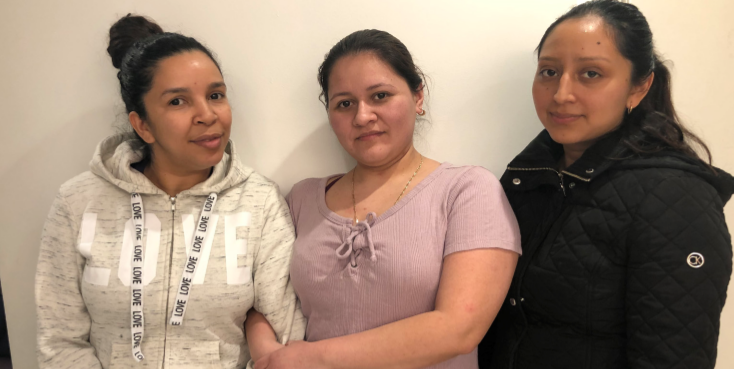 SEATTLE, WA – Housekeeper Gladys Bryant was granted an appeal by the National Labor Relations Board (NLRB) General Counsel in her case challenging the use of a so-called “neutrality agreement” between UNITE HERE union officials and her employer to impose a union on the hotel’s workers.

Bryant filed the unfair labor practice charges after the UNITE HERE Local 8 union was installed at the Embassy Suites hotel in May 2018 through an oft-abused “Card Check” drive which bypassed the NLRB’s secret ballot election process.

As part of its so-called “neutrality agreement,”  Embassy Suites agreed to give union organizers access to the hotel to meet and solicit employees. The agreement also provided union officials with a list of all employees’ names, jobs, and contact information to assist the union in collecting authorization cards from employees.

After NLRB Region 19 officials declined to prosecute the union or employer for violations of the National Labor Relations Act (NLRA), Bryant appealed the case to the NLRB General Counsel in January 2019. The NLRB General Counsel agreed with Bryant’s Foundation attorneys that Embassy Suites provided UNITE HERE’s organizing campaign with more than “ministerial aid” and thus violated the NLRA.

The NLRB has long held that an employer taints employees’ efforts to remove a union if it gives the employees support such as providing a list of bargaining unit employees or use of company resources. Bryant’s appeal successfully argued that the “ministerial aid” standard must also apply when an employer aids union officials’ efforts to gain monopoly bargaining power over workers.

As in the Seattle case, they charge that Yotel Boston company officials provided UNITE HERE’s organizing campaign with more than “ministerial aid” and therefore illegally tainted the union’s installation as the employees’ exclusive representative in the workplace. The housekeepers charge union officials with violating the NLRA by requesting and accepting the illegal assistance, and the hotel for providing it.

“It is long past time that the NLRB put an end to this biased double standard that allows union bosses to abuse workers’ rights,” said National Right to Work Foundation Vice President and Legal Director Ray LaJeunesse. “The General Counsel is correct to finally recognize that what qualifies as more than ‘ministerial assistance and support,’ and thus violates the National Labor Relations Act, cannot depend on whether the employer is helping outside union organizers impose unionization on workers or assisting workers in exercising their right to remove an unwanted union.”

“These cases represent another breakthrough in the Foundation’s challenges to the pro-forced unionism skew at the NLRB,” added LaJeunesse.