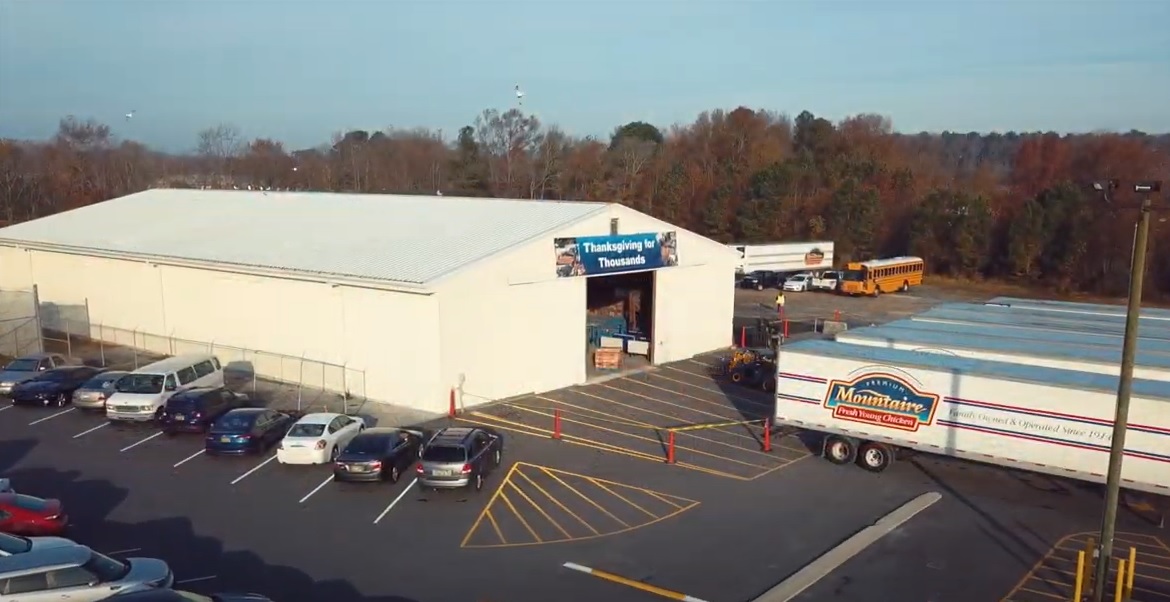 Employees at the Selbyville, DE, Mountaire Farms plant were subjected to an illegal forced-dues clause by UFCW union bosses, who for months have also tried to block their right to vote on whether union officials deserve to stay.

SELBYVILLE, DE – With free legal aid from National Right to Work Foundation staff attorneys, Mountaire Farms employee Oscar Cruz Sosa hit United Food and Commercial Workers (UFCW) Local 27 union bosses with federal unfair labor practice charges. The charges assert that union officials violated his and his coworkers’ rights by enforcing an illegal forced-dues provision in the monopoly bargaining contract, and that union bosses threatened him for spearheading a petition for a vote to remove the union.

Cruz Sosa’s charges come after the National Labor Relations Board (NLRB) Region 5 Director in Baltimore rejected union arguments that the decertification election Cruz Sosa and his coworkers requested should be blocked. Under a controversial NLRB-created policy known as the “contract bar,” employees’ statutory right to hold a decertification vote to remove a union can be blocked for up to three years when a union contract is in place.

However, under longstanding precedent the “contract bar” to decertification does not apply when the monopoly bargaining contract in place contains an unlawful forced-dues clause.

Prior to this charge, the NLRB Region 5 Director found that the contract between Mountaire Farms and UFCW union officials illegally required workers to immediately pay union dues upon being hired, instead of providing new hires a 30-day grace period the federal labor statute and longstanding precedent require. Because Delaware lacks Right to Work protections for its employees, Cruz Sosa and his coworkers can be required to pay union fees to keep their jobs.

The NLRB Region 5 Director thus ruled that the vote Cruz Sosa and his coworkers requested should proceed, and scheduled the vote to decertify the union. Cruz Sosa’s unfair labor practice charge, citing that decision’s finding that the forced-dues clause is unlawful, asks the NLRB to order union officials to refund all dues and fees seized from him and his coworkers under the auspices of that illegal clause.

Even after they were unable to block the election with the “contract bar,” UFCW union officials did not give up. In fact, union lawyers have initiated at least three other “blocking charges” against the employer in a last-ditch effort to block the vote, another common tactic used by union bosses to halt or delay workers’ attempts to vote them out.

UFCW union officials’ attempts to stifle the decertification effort didn’t end there. They also asked that any vote be delayed and changed to a“mail-in” vote, even though it had already been scheduled to take place in person on the premises where the workers work every day. In the responses to the union attempts to scuttle the planned vote, Cruz Sosa’s Foundation-provided attorneys argued that the vote should go forward as scheduled, because on-site elections are the NLRB’s preferred method for conducting elections, and the on-site vote was announced to workers weeks ago.

Cruz Sosa also alleged that a UFCW agent came to his house uninvited back in March. The agent warned him “that the decertification process being undertaken was ‘illegal’” and that a court battle was coming, according to his charge filed at NLRB Region 5.

Union Agents Threaten Worker after He Attempts to Exercise Rights

Cruz Sosa’s charge states that this was “threatening” and “coercive behavior” and a clear attempt to restrain him and his coworkers in the exercise of their right under the National Labor Relations Act to vote out an unwanted union.

“The threats and dues deductions in this case show how union bosses regularly trample workers’ rights in order to keep forced dues rolling into their coffers,” observed National Right to Work Foundation Vice President Patrick Semmens. “We hope that NLRB Region 5 will immediately prosecute the union for these violations, and ultimately order the union to refund all dues and fees collected from Mountaire Farms workers under the unlawful forced-dues clause.”

Semmens continued: “While UFCW officials were caught red-handed in this case, these types of forced union dues abuses will continue until Delaware workers have the protection of a Right to Work law, which ensures that all union membership and financial support are strictly voluntary.”