Information for Media: Mark A. Mix 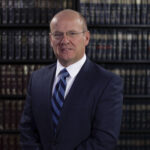 He became President of the Foundation in 2003. Under the leadership of Mr. Mix, the National Right to Work Legal Defense Foundation has continued to provide unparalleled free legal assistance to workers and has utilized cutting-edge legal strategies to protect workers from the abuses of compulsory unionism.

Similarly, Mr. Mix’s writings have appeared in national outlets such as the Wall Street Journal, Washington Times, Investors Business Daily, Washington Examiner and National Review. His pieces have also been featured in widely-read regional publications across the country including the Detroit Free Press, the Orange County Register and the Detroit News.

Mr. Mix is also a sought after speaker on political technology and grass-roots lobbying tactics. He often travels across the country, speaking and training participants in the political process.